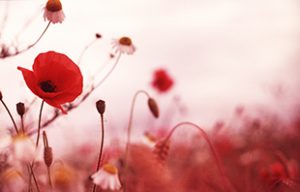 Philip Lancaster‘s War Passion for chamber choir and ensemble is a telling of the Passion story interspersed with words by nine First World War poets, offering both a commentary on the Passion and a parallel narrative recounting the experience and sacrifice of that war. It is paired with the searing Requiem by Herbert Howells, influenced by the death from polio of the composer‘s nine-year-old son Michael.

Supported by John and Margaret Lawrence, the Finzi Trust and the Jerusalem Trust