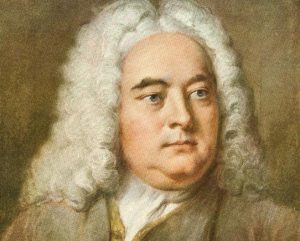 City of Bristol Choir joins forces with Bristol Ensemble and a fabulous line up of soloists to perform Handel’s masterpiece, Messiah, at St George’s Bristol.

The work is full of drama as it tells the story of Christ’s birth, death and resurrection through majestic and thrilling choruses, heartrending and passionate arias, and theatrical recitative, ensuring its enduring popularity.

Conductor David Ogden reinvigorates the masterpiece with the excitement and power of an 80-strong choir and a crack team of soloists who will fill St George’s Bristol with vocal fireworks, excitement and passion. Given as part of the choir’s 30th anniversary season, the performance will bring the work alive to those both new to the work and seasoned listeners.

Fast becoming acknowledged as being among the “future generation of superb sopranos,” Keri Fuge’s voice has been described as having “splendid clarity” and “silvery fire” that “sparkles in glittering numbers.” Her strong stage presence and ability to create “spellbinding pathos” has won her acclaim in the Baroque and mainstream concert and opera repertoire both internationally and in the UK.

Felicity Buckland is a versatile and energetic mezzo-soprano, with a busy schedule of professional opera and concert work, educational projects and corporate and private events. She is a graduate of the Royal Northern College of Music, went on to train on the ENO Opera Works programme and has recently appeared in ENO’s production of Philip Glass’s opera Satyagraha. She has appeared as a soloist in a wide variety of oratorios including Karl Jenkins’ The Armed Man, conducted by the composer at Royal Festival Hall. She also performs and records as a professional consort and session singer, including appearing on Eric Whitacre’s Grammy Award-winning choral disc, Light and Gold.

Alex Ashworth studied at the Royal Academy of Music and has sung with opera houses including Glyndebourne Festival Opera, Welsh National Opera and Scottish Opera. Alex sings regularly on the concert platform and has worked as a soloist for conductors including Sir John Eliot Gardiner, Sir Colin Davis and Paul McCreesh. Alex’s recordings include Œdipus Rex, Stravinsky, with the London Symphony Orchestra, Monteverdi Vespers with the Orchestra of the Age of Enlightenment, Bach’s B Minor Mass for Sir John Eliot Gardiner and the English Baroque Soloists and Handel’s Giulio Cesare for Glyndebourne Festival Opera (DVD).