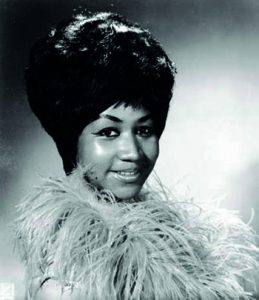 Aretha Franklin is one of the giants of soul music, and indeed of American pop as a whole. With her twenty Grammy Awards, forty-five Top 40 hits on the Billboard Hot 100 and a personal invitation to sing at President Obama’s inauguration, it’s no surprise Rolling Stone magazine nominated her the ’Greatest Singer of All Time’.

From her gospel roots, through the 60’s Motown sound to her chart-topping duet with George Michael in the late 1980’s, Aretha’s got something for everyone. So why not let rip for the day and get your vocal chords working on classics such as Say A Little Prayer and Sisters are Doing it for Themselves. With soul melodies, funky rhythms, hot backing vocals and a shimmy or two, this is your chance to be ’queen of soul’!

Workshop leader Jo Sercombe is a fantastic motivational educator and vocal musical director, and is in great demand across the country. She is the Musical Director of the Bath Gospel Choir and has led many workshops and community projects, both locally and nationally